News
You are here: Home1 / News2 / News3 / Fallout over drone crash at Koeberg 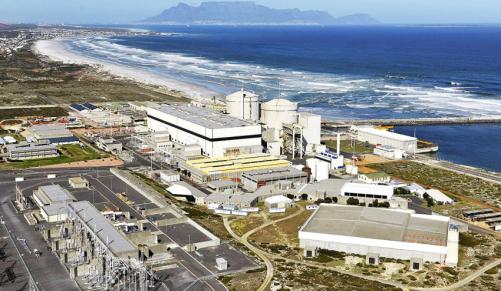 Cape Town – While the Hawks have confirmed taking over the investigation into a drone that crashed at the Koeberg Nuclear Power Station, nuclear experts have reacted with outrage towhat they say is Eskom’s “lax security”.

The SA Civil Aviation Authority (Sacaa) said the crash was being handled by its legal and aviation compliance division.

While the drone had been returned to its owner, the incident led to the suspension of Koeberg’s safety officer as a precautionary measure.

But nuclear and aviation experts have raised questions about how the drone ended up at the national key point.

Ramovha said no arrests had been made but the investigation was continuing.

According to the Civil Aviation Regulations and limitations, the aircraft should not be flown adjacent to or above a nuclear power plant, prison, police station, crime scene, court of law, national key point or strategic installation. Failure to adhere to the applicable civil aviation regulations could result in a 10-year prison sentence, a fine of R50 000 or both.

Nuclear and former UWC research expert Renfrew Christie says any unauthorised breach of a nuclear power station perimeter should be treated as “deadly serious” and an emergency.

“It is plain that this breach by a drone was mishandled by Eskom. The offending drone should not have been returned to its owner, and certainly not before a complete investigation had taken place. I believe nuclear breaches should always be prosecuted in the courts,” he said.

Christie said a breach of Koeberg airspace was an offence and it was up to a judge, not an Eskom official, to decide on mitigating factors.

“This is because what may seem an accidental intrusion by a ‘recreational’ drone could well be undercover reconnoitring for an attack,” he said.

Ledwaba said Sacaa would never condone or tolerate any form of blatant disregard of the applicable rules.

“Given the low cost and easy availability of RPAS (Remotely Piloted Aircraft Systems), it is possible errant individuals may utilise these aircraft in an unsafe manner, thus presenting a risk to other airspace users, the public and property,” said Ledwaba.

Drone operators have the responsibility of ensuring that the aircraft operated safely and did not endanger the safety of another aircraft, person or property, or invade the privacy and security of any other member of the public.

“The RPAS pilot must observe all statutory requirements relating to liability, privacy and any other laws enforceable by other institutions.”

Eskom has remained tight-lipped about the incident, saying the matter was under investigation and no further details could be divulged.

Linden Birns, an aviation consultant and managing director of Plane Talking, said a breach of security was worrying given the strategic nature of an installation such as Koeberg, because of everyone who depended on the reliable and stable supply of electricity.

The Pentagon and the Bomb-Carrying Consumer Drones